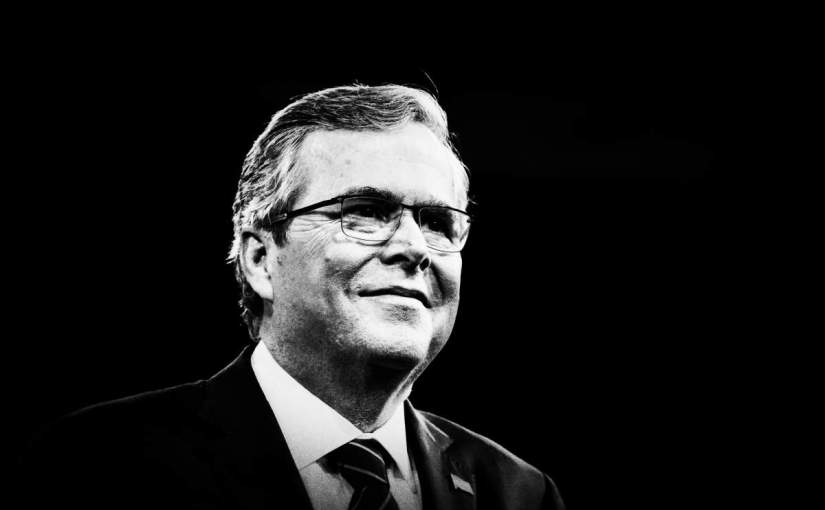 After months of Hamlet-like vacillation, John Ellis (Jeb) Bush decides to join the 2016 Presidential race. The leader among all of the declared and undeclared Republican presidential candidates, Bush offers something most of the candidates do not–executive experience running a state that the GOP must win in order to win the 2016 election. Still though, many Republicans remain skeptical of Mr. Bush, some flatly refusing to vote for “another Bush.” Here are 3 reasons why Republicans should keep an open mind about the Jeb Bush candidacy.

Reason One: Jeb Bush Joins the Race Enjoying Advantages the Other Candidates Envy

Martin O’Malley, Carly Fiorina, and Ben Carson share a common first hurdle to a successful White House bid–earning widespread name recognition. For some candidates, their relative obscurity serves them well: Senator Marco Rubio, for example, can define himself on his own terms. Martin O’Malley, on the other hand, struggles to get any attention at all. For Jeb Bush, name recognition cuts both ways: on the one hand, Bush enjoys the benefits of belonging to a respected political family that Americans feel as if they know. After all, the only Republicans to win the White House since Ronald Reagan were Bushes. Still, though,Jeb must make the case that he is his own man, worthy of the job on his own merits, not just because of his last name. That task represents an opportunity similar to Senator Rubio’s.

Being from such a successful political family brings with it two more important advantages–networking and money. Leading up to his announcement, Bush has been cobbling together an enviable campaign team of big names like Danny Diaz, Heather Larrison, and Alex Lundry. Many of these people worked on Mitt Romney’s 2012 campaign and worked for George W. Bush as well.

Heather Larrison leads Bush’s dynamic fundraising team that has been greatly outpacing his rivals’. Mr. Rubio, also from Florida, has been struggling to build his fundraising base upon Florida donors, because Bush’s influence in the state is deeper and wider-reaching. In fact, whichever candidate performs worse in Florida’s winner take all primary will likely end his White House bid immediately thereafter.

By far, the most braindead “argument” against a Jeb Bush presidential run (and in fairness, against Hillary Clinton as well) is “Not Another Bush.” This reticence to support Mr. Bush purely based on his last name indicates immaturity and irrational thinking. For those of us who have siblings, would it be fair to say that knowing one of you is the same as knowing the other? Do you think the same as your siblings on all matters? Do you think the same as your father on all matters? Most matters?

Most bothersome about the “Not Another Bush” line, is that it runs contrary to America’s greatest ideal, that which sets us apart from our European kin: America values the individual more than the bloodline. And we should continue to do so. Betraying that idea betrays the notion that anyone can “make it” in America if he or she just works hard and plays by the rules.

By this standard, Jeb Bush has earned his right to be taken seriously along with the other candidates because he governed Florida successfully and conservatively. At present, he appears to be an upstanding man with a good family (all families face challenges, of course). He holds his own policy positions that may vary from his brother and father, and still fall within the conservative spectrum. On these elements should he be judged, not on his family lineage.

The 2016 GOP candidate will surely need the support from the broadest coalitions of the conservative movement. He or she will need to speak most of all to social conservatives, economic conservatives, and defense-minded conservatives. On the issues most important to these constituencies, Jeb Bush falls within the mainstream. Unlike George Pataki, Bush holds a consistent record opposing abortion. Unlike Mike Huckabee, Bush does not need to defend himself against allegations of reliance on federal funds during his governorship. Unlike Rand Paul, Bush speaks clearly about reinstating a forward-leaning foreign policy.

Furthermore, for Bush’s conservative bona fides, he strikes a moderate tone–an important ingredient for any GOP candidate to win the general election.

Without a doubt, Mr. Bush faces a list of challenges and formidable candidates in his 2016 bid. While he leads the pack in most polls, his lead wanes–most notably, in Florida. Still, though, Bush represents a serious candidate in whom Republicans can take pride. A welcome addition to the large field of candidates, Jeb Bush deserves serious consideration in his own right.