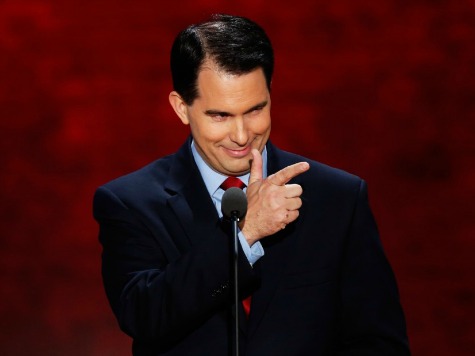 For the first GOP presidential nomination debate, I tweeted my assessment of the candidates’ performance from strongest to weakest. I came to this conclusion by judging which candidates best helped themselves. Because each candidate faces different challenges, what each must do to raise his profile varies. My assessment of the best performers and my rationale follows:

Wisconsin Governor Scott Walker stepped into the GOP nomination race later than most. Still, though, he entered the fray with higher poll numbers than most of his contenders. The higher they are, the saying goes, the harder they fall. For Governor Walker to remain high after the first debate, he needed to prove himself to be something more than a regional political star. Walker needed to highlight his political successes, his conservative ideology and how he would respond to national challenges. Instead, though, Walker’s performance completely underwhelmed.

For starters, Walker only alluded to his political triumphs by recalling that he won his third election last year. This bland answer means little to people who do not know that one of his elections was a recall election that he heroically fought and won.

Each of the questions posed to him were very challenging, calling on him to rationalize his image as an effective problem solver. Walker failed to answer each question.

In fact, his answers suggest that he may overestimate his national image: instead of distinguishing himself from the field, he pivoted to contrast himself with Hillary Clinton–which on its face shows a good instinct, but does little to introduce him to a national audience.

“Governor Walker, when you ran for governor of Wisconsin…you promised that you would create 250,000 jobs in your first term…In fact, Wisconsin added barely half that and ranked 35th in the country in job growth. Now you’re running for president, and you’re promising an economic plan in which everyone will earn a piece of the American dream. Given your record in Wisconsin, why should voters believe you?”

“Well, the voters in Wisconsin elected me last year for the third time because they wanted someone who aimed high, not aimed low.

Before I came in, the unemployment rate was over eight percent. It’s now down to 4.6 percent. We’ve more than made up for the jobs that were lost during the recession. And the rate in which people are working is almost five points higher than it is nationally.

You know, people like Hillary Clinton think you grow the economy by growing Washington. One report last year showed that six of the top 10 wealthiest counties in America were in or around Washington, D.C.. I think most of us in America understand that people, not the government creates jobs. And one of the best things we can do is get the government out of the way, repeal Obamacare, put in — reign in all the out of control regulations, put in place and all of the above energy policy, give people the education, the skills that the need to succeed, and lower the tax rate and reform the tax code. That’s what I’ll do as president, just like I did in Wisconsin.”

This typical response to a typical question exemplifies my critique. Walker opened his answer with a glib throwaway line, took a weak stab at an answer in the following sentences, and focuses the majority of his answer on a vague attack on Hillary Clinton complete with Republican cliches.

Without a doubt, Scott Walker underwhelmed in the first debate. In a field rife with qualified candidates, he must do better if he hopes to win the nomination.