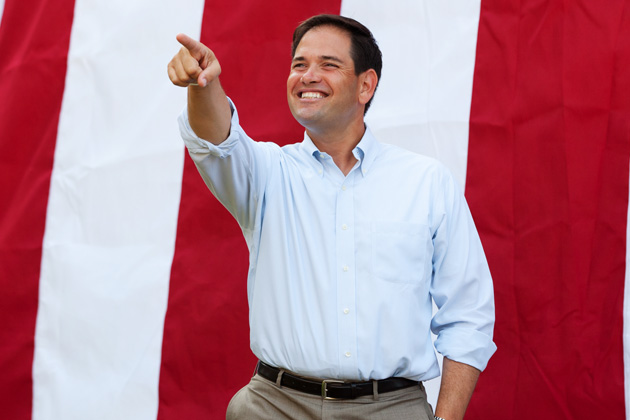 The second Republican Presidential Nomination Debate featured 11 candidates instead of 10, a fair amount of policy discussion, and the usual dose of bickering and argumentation. In the end, though, each candidate needed to fare well in this debate by highlighting his or her strengths and addressing deficiencies. Each candidate faces different challenges, so with that in mind, I have scored the debate’s winners and losers in the following order:

Senator Marco Rubio, again, delivered a command debate performance. As usual, he dominated on foreign affairs, fleshing out the dangers of Russian intervention in the Middle East, for example. He also related the substance of his ideas to the people they will help. One of his most powerful moments tied his upbringing in a Spanish-speaking household to his defense of speaking Spanish when conveying conservative ideas to other Spanish-speaking Americans. Despite Rubio’s fluid delivery and routinely substantive remarks, he suffers in polling. Part of his problem is that he speaks so remarkably well that he can convey a robotic, over-rehearsed quality. To this end, Rubio released a charming ad meant to show off his more human side. As far as his debate performance, though, Rubio’s challenge was to highlight his humanity and remain as substantive as ever.

In an attempt at self-deprecation, Rubio opened with an awkward joke about staying hydrated in drought-plagued California. The reference to his reach for a bottle of water in the midst of his State of the Union response in 2013 fell flat on an audience that hardly remembers the referenced event at all. Worse, it came off as the kind of “scripted spontaneity” that dooms candidates like Hillary Clinton and Mitt Romney. When naturally making jokes–referring to himself as the first, not the third, senator; he comes across as more sincere.

As for remaining sharp on the issues, Rubio plays this role better than the rest.

The general consensus names Rubio the winner of the first debate and the near winner in the second. Whether this will translate to votes has yet to be seen. Still, Rubio continues to stand head and shoulders above his competitors on the debate stage.